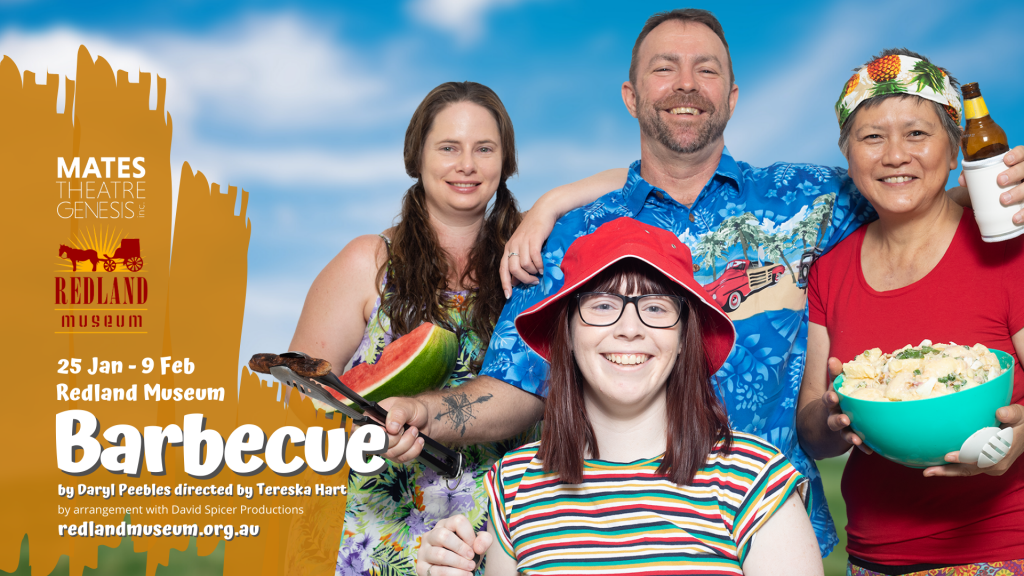 Celebrating Australia Day, Mates Theatre Genesis and The Redland Museum will present “Barbecue,” a grassroots comedy by Daryl Peebles.
Brimming with quintessential characters and fearless Aussie humour, “Barbecue” is a delightful insight into what goes on in backyards all over Australia.

Centred around the cultural ritual of the backyard barbie, the storyline centres on retired truck driver Colin Cooper (played by Daniel Baker), and his family who win the Lotto and move from the working class suburb of Bestwood to the ritzy suburb of Grand Bay. Social values are challenged and many hilarious moments unfold as the Coopers rub shoulders with their new upper class neighbours, the McKenzies, whose family dynasty newspaper empire is rapidly declining.

Add a hotted up Torana, running commentary on the cricket score provided by Colin’s mail-order Asian bride, Connie; and the scene is set for a barbecue to remember.

By Daryl Peebles
By arrangement with David Spicer Productions www.davidpsicer.com.au

Tickets can be booked by contacting the Museum on 3286 3494 or on line www.redlandmusuem.org.au 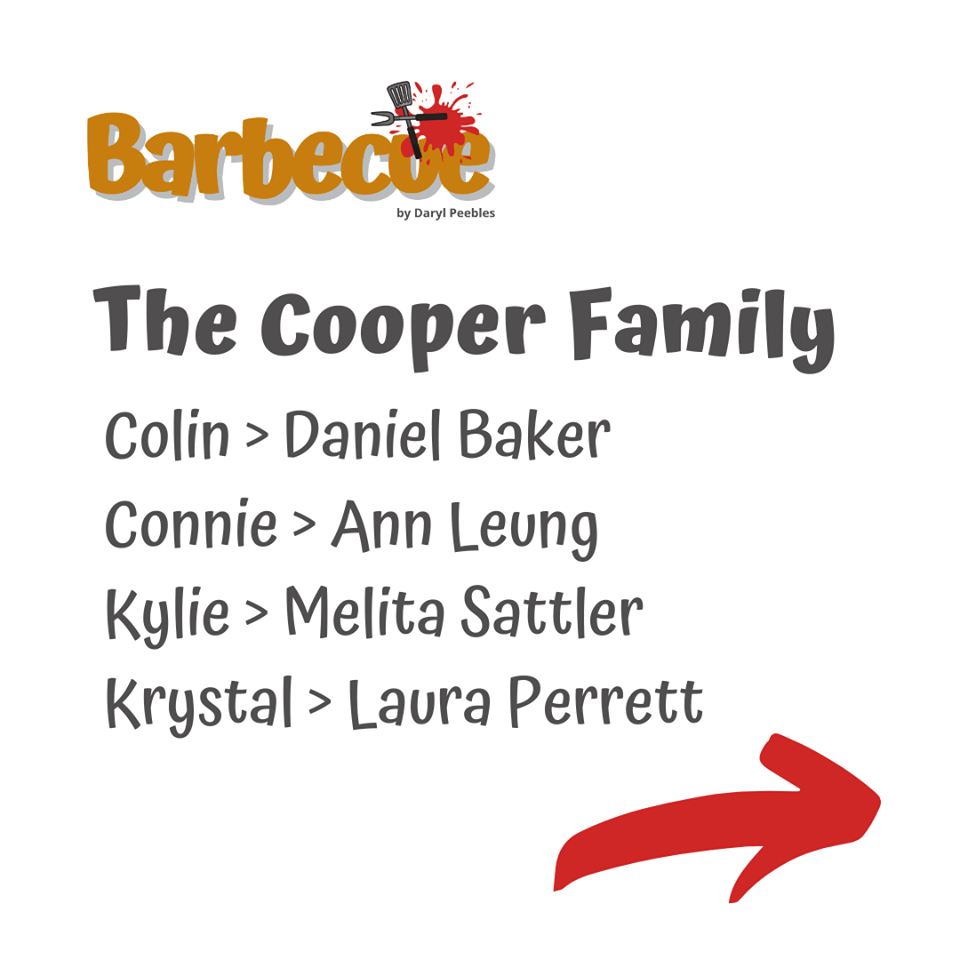 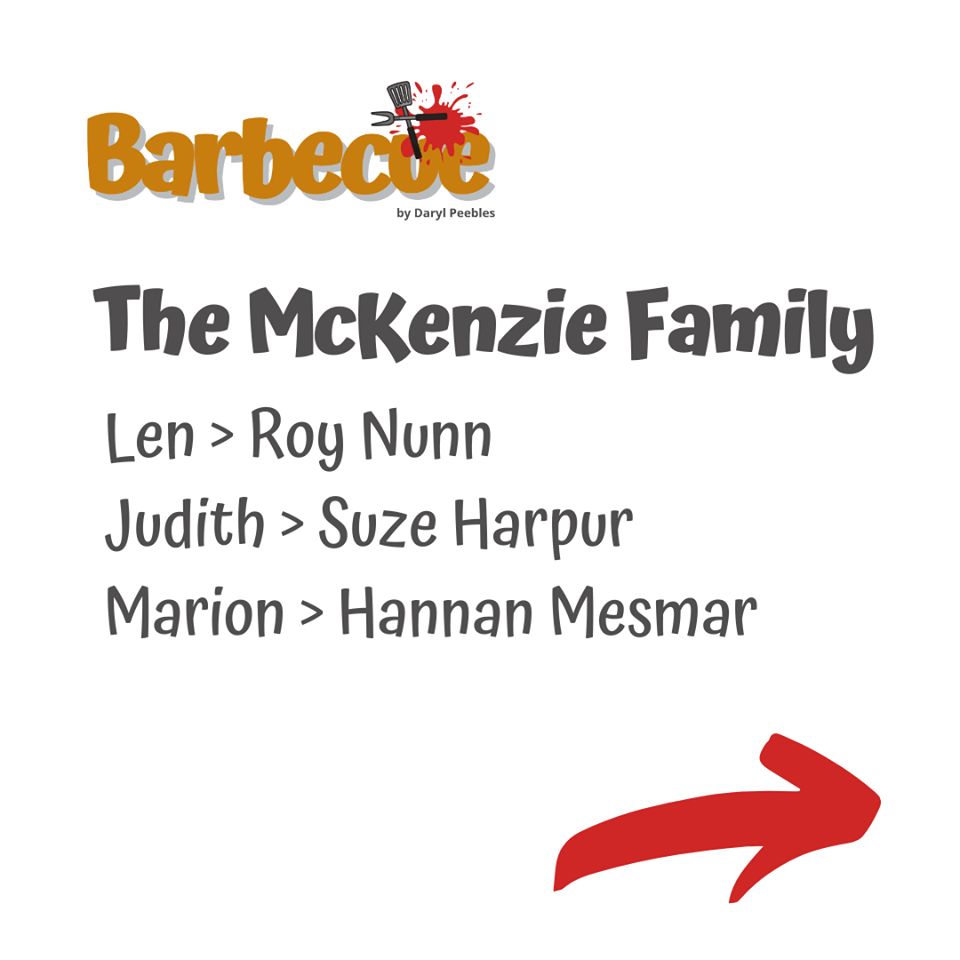 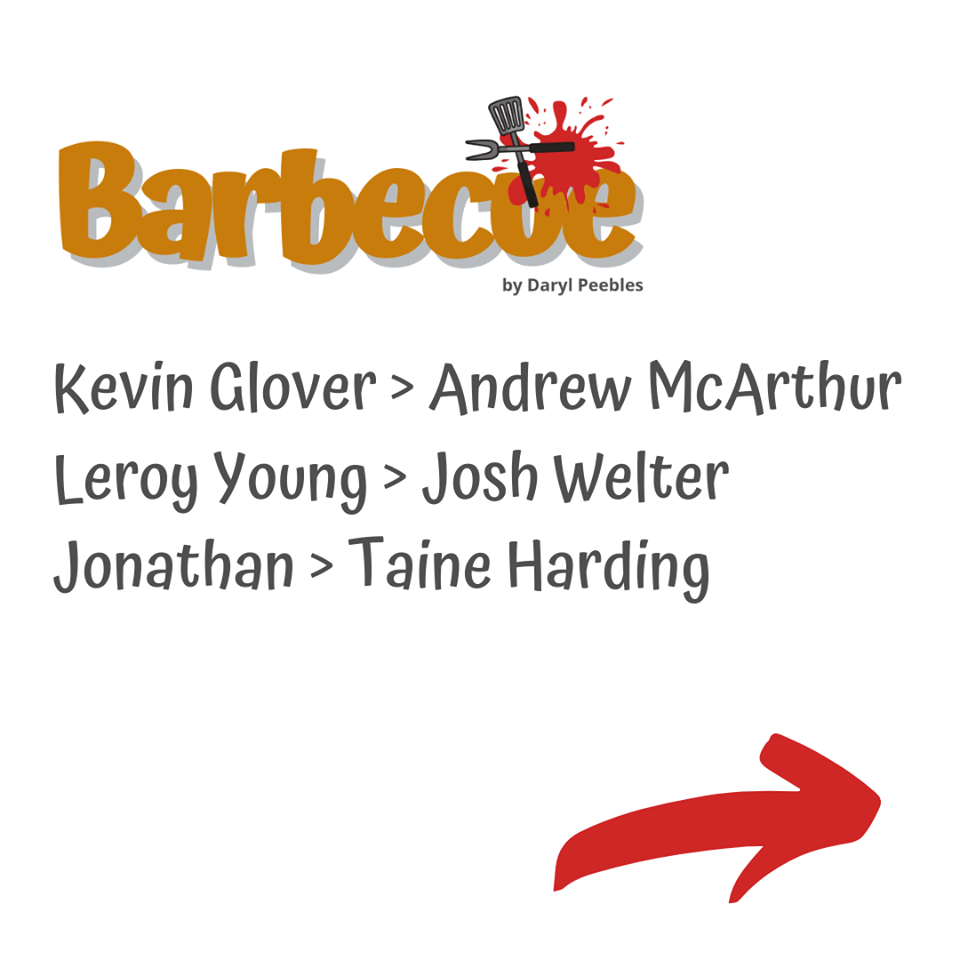